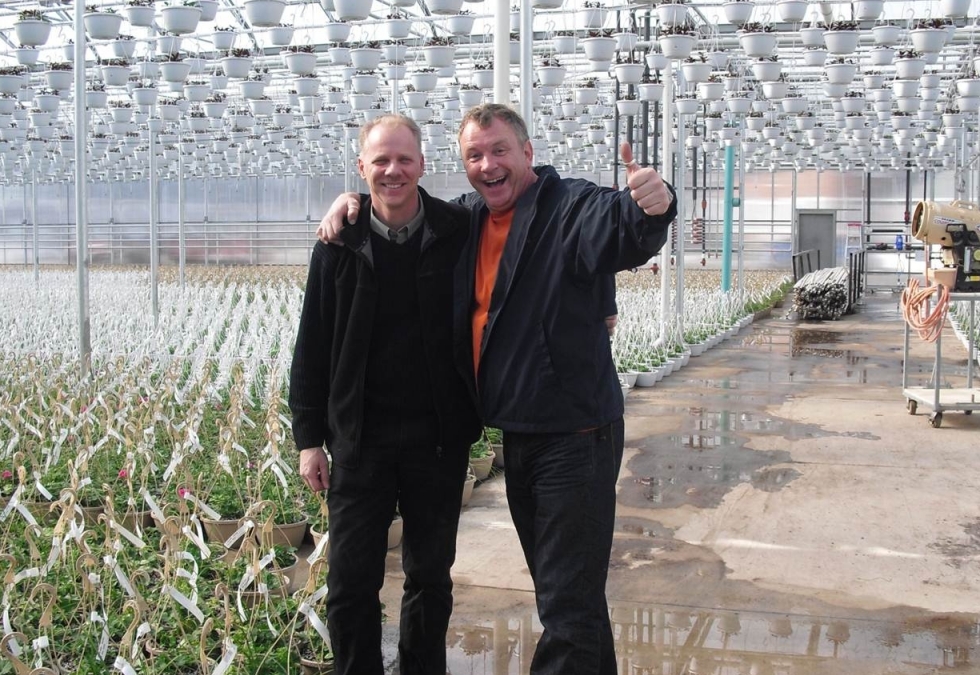 Spring Valley Gardens (Niagara) Inc. was founded by the Van Koeveringe family in 1979. Today, SVG is owned and operated by brothers John, Jake and Ron.

With two locations and over 300,000 feet of production, and warehouse area; millions of units move through their facilities yearly.

Their production consists of a wide assortment of flowering potted plants including spring bulbs, azaleas, primula, hibiscus, mums, amaryllis, and poinsettias. In addition to bedding plants and hanging baskets, they also provide plug material and cuttings to other greenhouses. In 2005 a state-of-the-art hydroponics cut tulip facility was added, where millions of stems are produced annually.

It all started in 1952 when Henk Van Koeveringe, immigrated to Canada from Holland. At just 19 yrs of age and completely broke after spending his last dollar on the cab fare from the train station, he arrived in St. Catharines.

During those first years, Henk worked at a factory in downtown St. Catharines making residential radiators. Not only was the labor exhausting, but he would also bike to work despite bad weather and time of day.

Proof to his entrepreneurial character, just 3 years after immigrating, Henk started a lathing and insulation company. Shortly thereafter, along with his wife Dirkje, they were able to purchase 3 acres of land on the outskirts of St. Catharines. After some consideration they decided to start producing green onions, however, this small farm wasn’t large enough to support their growing family, so he continued to work in construction.

As sales increased, Henk left construction and decided to concentrate more on farming. In 1966 he took on a business partner, and Louth Garden Produce continued to flourish. At their peak they were producing green onions and radishes on 125 acres of owned and rented land.
In 1976 a decision was made to build some greenhouses. Holiday floral crops would be grown. This venture would provide employment and revenue during the winter months.
In 1979, after much consideration, Henk and his business partner decided to go their separate ways.

Henk and Dirkje then decided to purchase 8 acres of land on 5th Street in St. Catharines. After construction of a 38’000 square-foot greenhouse facility, flowering potted plant production at Spring Valley Gardens began.

Today Spring Valley Gardens is owned and operated by their three sons John, Jake and Ron, and has expanded to over 300,000 square-feet of production and warehouse area.