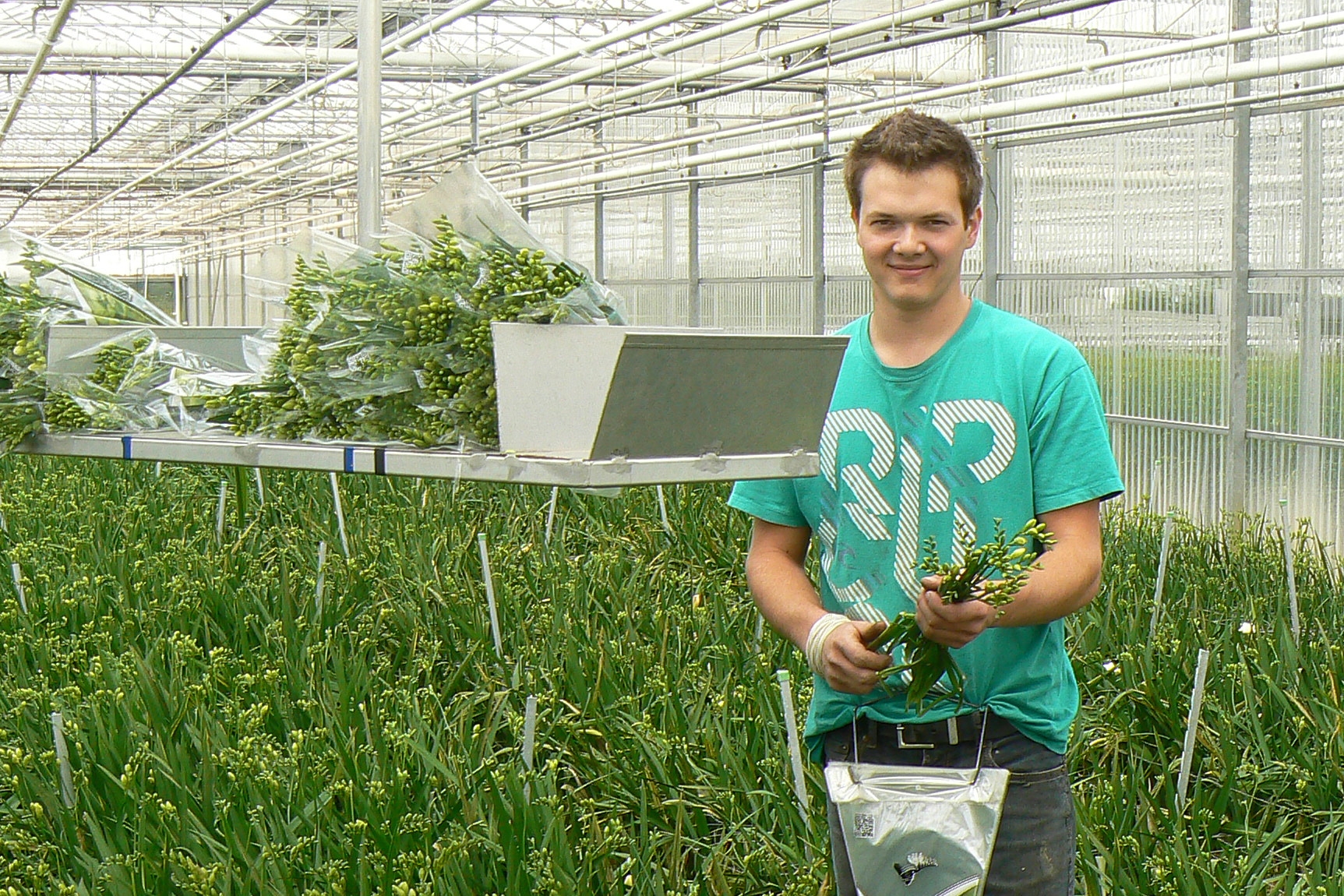 Virgil Greenhouses Ltd. is a family business founded in l972. Since l989, Pim Boekestyn alongside with his wife, Evelyn, have been successfully growing top quality freesias with care. Freesia originates from South Africa, and is grown in the same climate conditions that have been established in his greenhouses. More recently the next driven generation which includes son Peter Boekestyn and son-in-law Tim Moes have got involved in the family business and have added a cut Ranunculus crop. This is typically a spring flower but they are in the process of trying to grow it year round for their customers, especially because the flower is in such demand for weddings.

With over 130,000 square feet of freesia, Pim, his family and long time staff have proudly become North Americas largest producer of freesia, shipping all over Canada and the US. Over the last couple of years the popular 10 stem bunch is not the only thing the consumers have requested. Now a 5, 7 and 8 stem bunch can be cut just for you, and be purchased at any grocery store nearby.

When Pim immigrated with his family from Holland in 1989 and decided to grow what most people said he could not, he proved them wrong. With the latest technology straight from where it began; Holland, he has been able to grow top quality freesia all year round. Underground cooling, induced CO2 , and growing lights are just a few of these helpful tools. Our use of biological control is also a postive step in a 'green' direction for our greenhouses.

A flower for all seasons, the freesia stands alone as a flower fit for any special event. Ideal for high romance or casual elegance, the freesia has marked the modern world with ease, speaking softly of style and sophistication. Freesia is originally a spring flower, but with the Niagara region's hot summers only certain varieties of freesias can be grown during certain times of the year. We grow the six basic colours depending on the season; white, cream, yellow, purple, red, and pink. You'll see our Delivery Truck with the big freesia on it delivering daily to wholesalers near you!