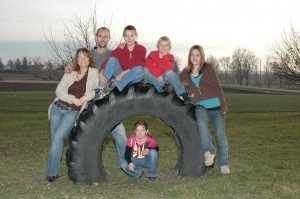 At Westland Greenhouses their roots are strong. Over the last fourteen years the greenhouse has transformed from a small and unique garden centre to the largest destination garden centre on the shores of Lake Huron, Ontario.

Paul and Anita, both growers' children, were born in the Netherlands, where they both were brought up in and among the greenhouses. Paul and Anita are both certified growers; Paul graduated from the horticultural school in Wateringen (Netherlands) and Anita studied economics, law, and languages (Dutch, English, German) and graduated with honors.

After they married in 1991, Anita graduated from the horticultural school in Wateringen (Netherlands) and also earned a certificate in Floral Design, both in the Netherlands and later in Canada.

Then the idea came to immigrate to Canada and start a new life with lots more opportunities. In May 2000 they immigrated with their four children Anne, Paul (jr), Hein, and Jette. Now they have their own wholesale company with tropical Anthuriums, and Ivy and have also added a beautiful retail garden center for the convenience of their community.

The wholesale company is a "busy business" year round. Every day they have their trucks doing deliveries throughout South Western Ontario, with products that are sometimes being shipped to places as far as Nevada and Texas, in the United States.

The retail garden center is also open year round. They never close for the winter season as house plants and decorations are always in high demand.